An employee in Campus Recycling & Refuse Services was stuck by a needle while emptying trash bags from a dumpster behind Wellman Hall. The incident happened early in the morning, and the employee sought immediate off-site medical care. A physician dispensed antiretrovirals for a possible Human Immunodeficiency Virus (HIV) exposure, and the employee was very concerned that he might have been infected with a life-threatening disease.

The employee’s supervisor had saved the trash bag, and employees from the Office of Environment, Health & Safety (EH&S) sorted through it using tongs. It appeared that trash from multiple rooms had been consolidated into one trash bag containing leaves, paper, food, and disposable laboratory materials including glass tubes, glass and plastic serological pipets, pipet tips, Petri dishes, gloves, and syringes with unsheathed needles attached. From these materials, EH&S was able to locate the researcher who had disposed of the needles. Fortunately, the needles had not been used with hazardous material. 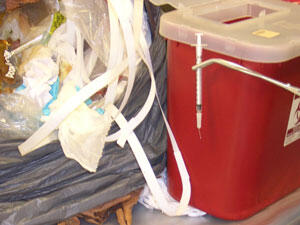 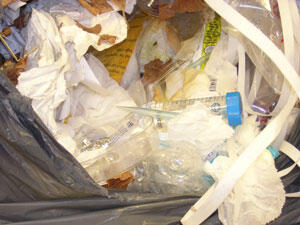 What was the Cause?

A researcher using needles with a material that was not hazardous thought that needles could be disposed of in the regular trash instead of in a sharps container. 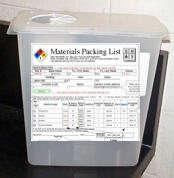