A campus employee working in an electronics shop was repairing a power supply unit. The cooling fan had not been working properly, causing the unit to overheat. The employee replaced the defective cooling fan and then reached into the open top of the power supply unit to check the airflow from the replacement fan. The employee either made contact with a charged capacitor or was close enough (within 1/4") to allow electricity to arc to his hand causing an electric shock that entered his left hand and exited through his right hand.

Immediately after the incident the employee was transported by a co-worker to the local hospital emergency room and remained overnight for observation. No serious physical injuries were found. The Office of Environment, Health & Safety (EH&S) was notified of the incident the day it happened.

What was the Cause?

The power supply unit receives electricity from a 208 volt (V) wall outlet and converts that voltage to 5 kilovolts (kV) that are stored in the capacitor, which is capable of discharging 200 milliamps (mA) of current. Physical contact or close proximity to the open power supply caused a discharge from the capacitor that resulted in an electric shock. Capacitors can discharge current even when not energized because they hold a charge for some time after the power is turned off.

What corrective action was taken?

During the investigation of the incident, it was noted that there were no written procedures in the shop for the hazards of working with electrical equipment. A Job Safety Analysis (JSA) is a means of providing a written procedure to the personnel performing these operations. A complete JSA would be based in part on applicable principles found in the Energy Isolation: Lock Out/Tag Out program document. This document outlines campus procedures for those working on equipment that could be unexpectedly energized or release stored energy.

As described in the document, work on equipment that cannot be shut down requires supervisor authorization, qualified employees performing the work, an alternate means of protecting the employee, and an EH&S review of the process. Additionally, a complete JSA on this subject includes recognition of hazards, engineering, or other procedural controls that eliminate hazards, and appropriate personal protective equipment or barriers. A JSA for the shop where this incident occurred has been developed.

EH&S offers training on both the Lockout/Tagout Program and the JSA process.

In this instance, the fan could have been tested without placing a hand inside the equipment from the outside, using a piece of tissue paper. The capacitor could have been guarded with a non-conductive material. It is important to ensure that capacitors are discharged prior to working on or near them.

Personnel should be trained on JSAs and manufacturer’s manuals that identify the potential hazards as well as the correct procedures for avoiding potential injuries from work performed in the electronics shop. 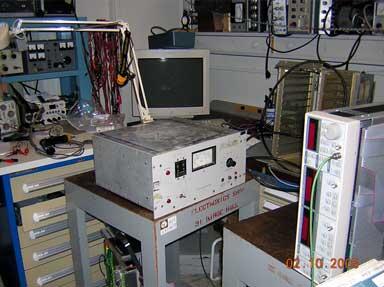 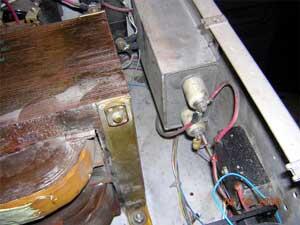 Capacitor, the source of the discharge